The next big thing in application development?

The combination of Big Data and Machine Learning is transforming our world. One of the consequences of the ability of machines to process large volumes of data is that they can produce actionable intelligence at a volume and velocity that is impossible for humans to process or act on. To address this problem Intelifaz developed a revolutionary patented technology that will make it possible for apps to update themselves automatically from machine intelligence. Our open-source Mat|r Project is built around this patented IP.

Our first test of the technology was in the Mat|r Project low-code application development environment.  In the Mat|r AppDev environment the Mat|r|script programming language is used to create a model of the application. The model generates a customizable UI and backend and can then generate native iOS and Android apps (web apps based on React or Angular are in pipeline).

When a human or a machine makes a change to a Mat|r model all the apps generated from that model can update themselves automatically. No human mediation needed, no redeploy or push to store. It works with human or machine input, so you can use this patented technology with or without AI. If however, you set up the model to be updated by machine learning software then you have an autonomous application process that requires no human mediation to evolve and update itself.

While our first implementation of the IP was with a model created with a programming language we can see the possibility of future iterations that use methods that don’t require a programming language. For example, we could develop a parser and workflow for Google, Apple, and Microsoft spreadsheets. The spreadsheet would serve as the Mat|r model and any change in the spreadsheet would be immediately reflected in the mobile apps that Mat|r generated from that spreadsheet, no redeploy or push to store.

A Mat|r plugin for a design program like Figma would allow a user to use Figma to control and update apps generated from that Figma file. Figma would become your WYSIWYG editor and dashboard allowing you to update your app across all devices by simply updating your Figma file.

Even without machine learning, one could see scenarios where input from users or other external data would get processed by, for instance, a script in a spreadsheet. The script would then make a change in the spreadsheet which would automatically trigger a change to the app. So you can create a degree of app automation and autonomy with widely used ‘old’ technology tools.

The potential for this technology is really incredible. It can eliminate an enormous amount of work and greatly accelerate the process of keeping apps up to date and responsive to the needs of users. It could be key to making the actionable output of AI usable in a timely and cost-effective way. We are currently seeking strategic partners who could use this IP in their platforms and or applications so that we can move from the beta phase and proof of concept phase to launching in vertical markets where this tech could make a disruptive difference.

Make your startup lean, fast, and agile. Our startup-focused services enable you to hit the ground running, right out of the gate, at full speed. Intelifaz is the experienced team you need to 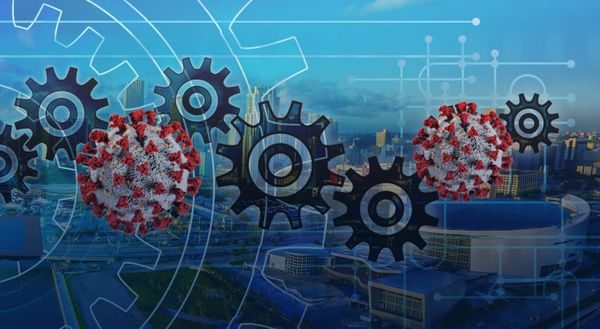 So what does the new normal look like for manufacturers?